Clapton Is No Longer God 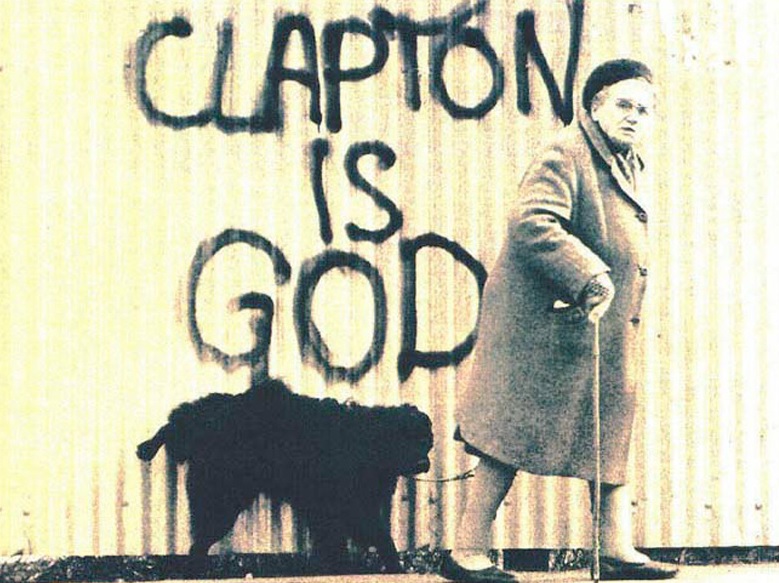 As rock guitarists go, Eric Clapton is up there with the best of them, and has been since the 1960s. His contemporaries include Ritchie Blackmore, George Kooymans, Carlos Santana, Ted Turner, Andy Powell and Tony Iommi. All these men are still around, and still making great music, especially Ritchie, although Ted is keeping a low profile these days.

Doubtless they have all been called guitar gods at some point, but the phrase “Clapton is God” has a special meaning. He was playing with John Mayall & The Bluesbreakers when someone scrawled it on a wall and it went viral, as we would say nowadays. To his credit, the man himself was said to have been embarrassed. Nearly four decades on, an incident in a New York club reminded him and the rest of us just how wise it is never to allow our heads to swell too much when others are gushing our praise.