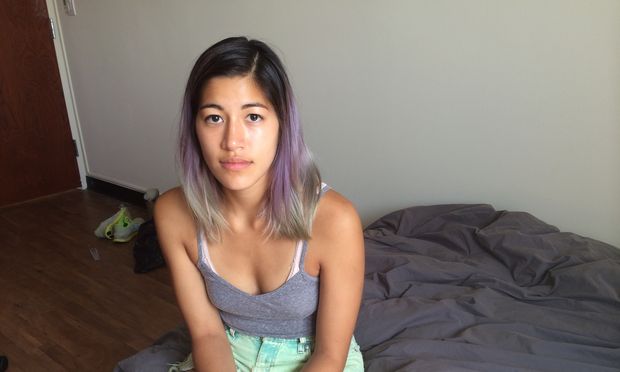 If you are not familiar with the ravings of Emma Sulky Witch, refresh your memory here. Having now graduated from Columbia University after carrying a mattress to her graduation, as well as becoming a minor celebrity for all the wrong reasons, she has come up with something that will surely leave both friends and critics speechless. She has made what has been called a porn video, one based on her version of what happened when she slept with a fellow student. Titled provocatively (in French for some reason) Ceci N’est Pas Un Viol – ie This Is Not A Rape, it has already attracted critical comment.

The video has not been released by the lady herself, but appears to have been leaked, although doubtless she would have released it in time. Why would she do something like this? One YouTuber has suggested she realises her fifteen minutes of fame is nearly over; others will doubtless interpret the title of the piece as a confession. Whatever, it is clear this is a young woman who has serious issues that transcend whatever did or did not happen to her in that university dormitory one night in August 2012.

At the time of writing, the video has disappeared from the Web, but will doubtless reappear at some point. Whatever, here is some advice guys, don’t share an empty elevator with this woman, if you see her coming, give her a wide berth, and if that is not possible, keep as much distance between the two of you as possible. And make sure there is at least one other person present at all times.